A brief history of the piano 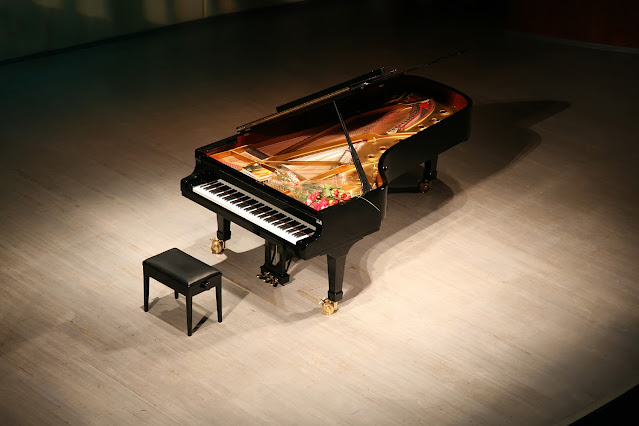 The piano is undoubtedly one of the most popular musical instruments today. Many people enjoy playing the piano, just like we do, but do we all know the history behind this beautiful instrument?

It took a long time before the modern piano, as we know it today, was born. The piano is part of the keyboard family of instruments, which originates from the organ.

The first important step towards the piano was clavichord. The clavichord first appeared around the 14th century, becoming popular during the Renaissance Era.

At the end of the 15th century the piano's closest predecessor, the harpsichord, was invented. The system of strings, soundboard and the structure resembles those found in a piano, but the sound is closer to the sound of string instruments - harp, or guitar.

Harpsichord was very popular throughout the 17th century, and many pieces by Johann Sebastian Bach, which you may play today on a modern piano, were originally written for a baroque organ or harpsichord.

Although harpsichord was a widely spread keyboard instrument in the Baroque Era, it was limited to a single dynamic level - it couldn't simply respond to changing finger pressure. In comparison with other instruments of the time, it was a major disadvantage which has led to the invention of the piano.

A number of keyboard makers tried to create an instrument that would offer more possibilities for a sound expression. But it was Bartolomeo Cristofori in Italy who created the first piano around the year 1700. Cristofori swapped the string plucking mechanism of harpsichord for a hammer that hits the string. Pressing the keys with greater force caused hammers to strike with more energy, bringing about an increased volume.

The instrument was first named "clavicembalo col piano e forte", which translates to a harpsichord that can play soft and loud noises. Over the centuries it has been called a forte-piano, pianoforte, or simply a piano as we know it today.

The first pianos were smaller and more delicate than our modern version, with a drier and quieter sound and they were not very popular at first. It is known that Bach had a chance to play a very early piano model by a German maker Silbermann, but he was not very keen on the new invention.

Throughout the 18th century, piano builders gradually extended the keyboard, using heavier hammers and strings that required strengthening of the frame. Two significant new developments were the action that allowed for faster repetition of notes (about 1770 by Stein in Augsburg), and the damper and soft pedals (1783 by Broadwood in London).

When Wolfgang Amadeus Mozart tried the German model of piano on a visit to Munich in 1774-45, he was begging his father to buy one! Mozart loved it's sweet-toned, expressive sound that later became his trademark. Mozart became the first piano superstar, and all his piano concertos were composed for this new instrument. Italian composer Muzio Clementi called him "the father of pianoforte music."

In London, the pianoforte was first used in 1767 Covent Garden's performance of The Beggar's Opera. However, by 1798, piano makers could hardly keep up with demand! Five decades later, England had become the centre of the piano world with around two hundred manufacturers, and the piano fever had become an epidemic.

The growing middle class of the 19th century wanted to have a piano at home, whether as a piece of decorative furniture, or an instrument for entertaining the family and guests. Some German piano builders began creating models with the homeowner in mind; William Stodart patented "upright grand pianoforte in the form of a bookcase" in 1795.

Enlarging venues and concert halls brought about larger, and therefore louder, orchestras. And so, piano builders continued improving the instrument in search of producing more volume.

The most outstanding improvements of the 19th century were the double-repetition mechanism (1821, London branch of French piano firm Erard) which allowed pianists to play faster, and the full cast-iron frame of Alphaeus Babcock (Boston, 1825). The invention of cross-stringing in the 1820's achieved a richer tone, especially in the bass notes. The introduction of sostenuto or middle pedal in the late 19th century allowed greater possibilities for musical colouring, used a lot in composition by Claude Debussy.

Franz Liszt, composer and pianist, used the full capacity and power of the 19th century piano with his virtuosic playing. Liszt was the "piano rockstar" of the Romantic Era, who had famously used several pianos in his recitals, as his playing would break a quite a few piano strings. That fascination with musical virtuosity continues to this day.

Towards the end of the 19th century, every cultured household wanted to have a piano. However, not every family had a skilled pianist able to perform their favourite pieces on demand. So, manufacturers started developing the self-playing piano, first introduced in 1890 as the player piano, also known as a pianola.

A player piano had a built-in mechanism for reproducing performances that were recorded onto a roll. Such artists as Claude Debussy, Alfred Cortot, Sergei Rachmaninoff, Artur Rubinstein, and George Gershwin all made piano-roll recordings. The sale of pianolas peaked in 1924, then declined as the electrical recording methods developed.

Development of the modern piano has been a long and fascinating journey. The piano we play today, with 88 piano keys, encompasses the best in structural integrity and strength, producing the full, rich sound we enjoy.

Technology of the 20th century (new glues, better control of woods, stronger wire, new manufacturing processes, etc.) has enabled the modern piano to become the most used a versatile of all musical instruments.

Modern pianos have two basic configurations, the grand piano and the upright piano, with various styles of each. There are also electric pianos based on electromechanical designs, electronic pianos that synthesize piano-like tones using oscillators, and digital pianos using digital samples of acoustic piano sounds.

Whether you are a complete beginner or experienced pianist, having a good quality piano at home will inspire you on your musical journey. If you are currently looking to buy a new piano, but are not sure where to start, you may find our "Advice on choosing a piano" helpful.

If you would like to start having piano lessons and are looking for a piano teacher, you can always get in touch with us by email at academy@pianomaestros.co.uk or complete an enquiry form on our website, HERE. We will be very happy to hear from you.

P.S: If you found all of the above information as fascinating as we did, you may want to watch one more educational video in which you can see all of the above mentioned predecessors of the modern piano together: 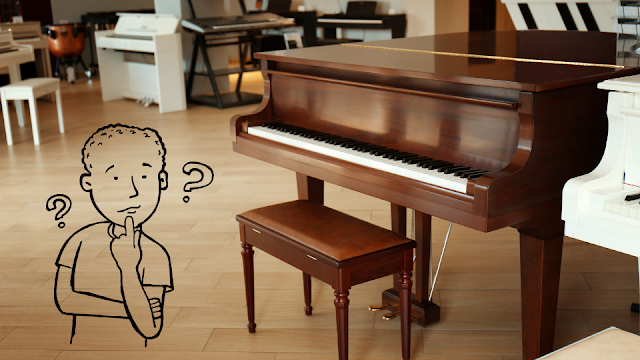 Advice on choosing a piano